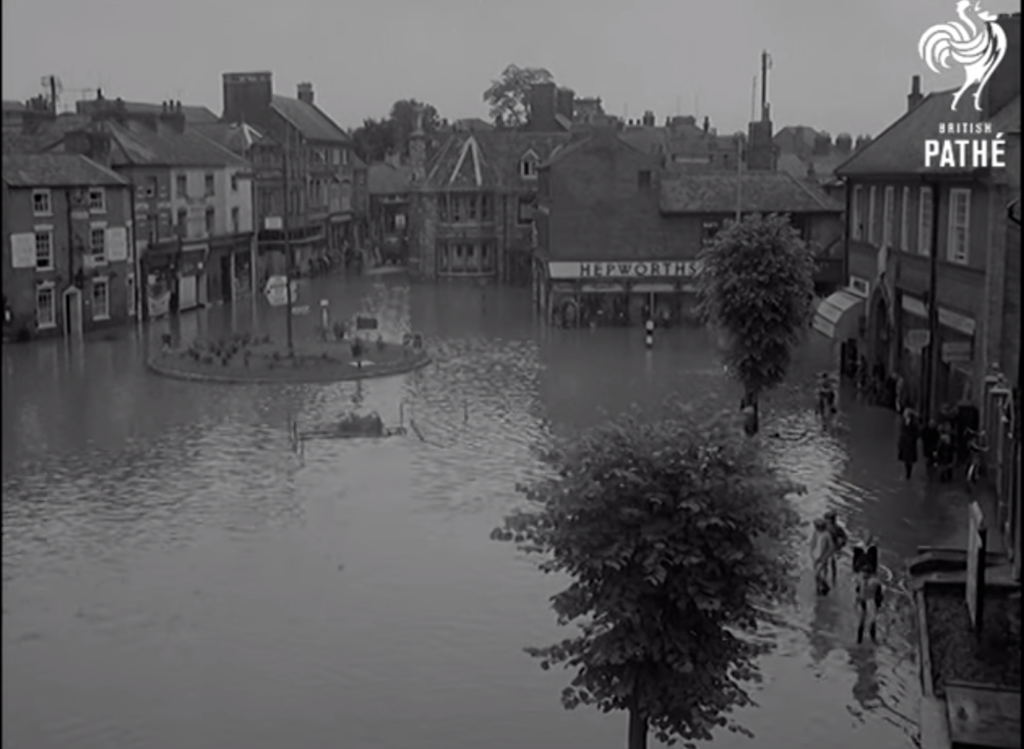 Many people unfamiliar with the town presume, when hearing the name, that Market Harborough is situated by the coast, in fact, the name ‘Harborough’ is derived from the Saxon for ‘Oat Hill’ which relates to the settlement’s origins. The closest we get to a ‘Harbour’ is the Union Wharf Canal Marina, off Leicester Road.

Locals know that the town centre is no stranger to water and has been prone to flooding, this happens when the River Welland bursts its banks and turns the town centre into something not too dissimilar to a harbour!

However, in recent years extensive drainage works have improved the storm-water capacity to reduce flooding, but when the river is high the shop keepers in and around the square still reach for the sandbags and prepare for the worst!

On the subject of water, we came across this Pathe showreel which provides a fascinating step back in time to the Market Harborough town centre flooding of 1958. The film starts by showing water being bailed out from 3 Northampton Road (currently Mobility Your Way) and provides a tour of the town square underwater.

In this brief but fascinating film, we get a glimpse of some well-established businesses such as ‘Hepworths’ and important buildings such as the Symmingtons Factory on Adam & Eve Street.

The ‘Ritz’ cinema is featured, after closing in the late 1960s it had various uses before falling into disuse. Despite efforts by the community to save it and relaunch it as a cinema and entertainment venue the building was demolished and replaced with retirement accommodation and shop units.

Manage Cookie Consent
We use cookies to monitor usage and deliver a small number of adverts, this helps us to improve the website.
Manage options Manage services Manage vendors Read more about these purposes
View preferences
{title} {title} {title}
Change Location
Find awesome listings near you!