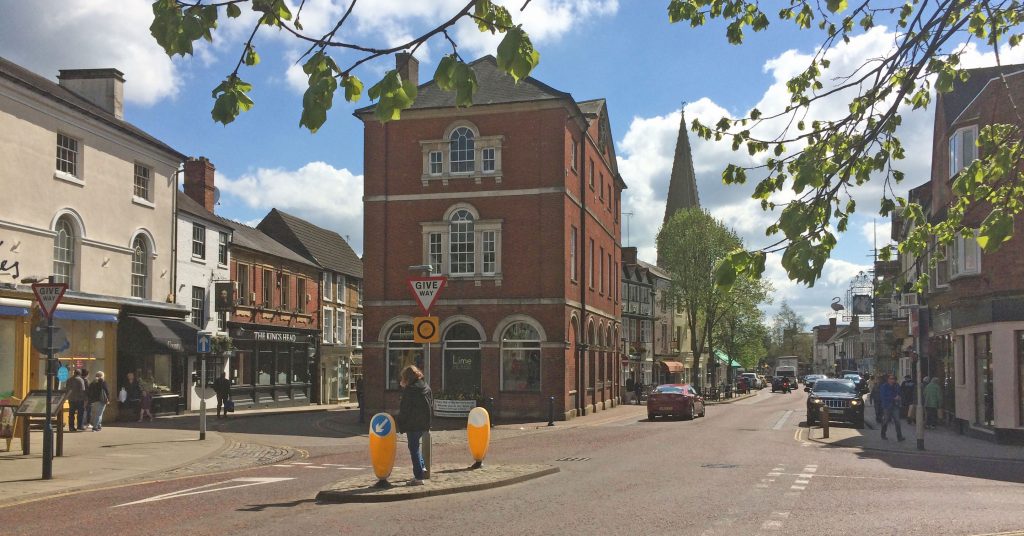 The History of Market Harborough: The Battle of Naseby

Home » The History of Market Harborough: The Battle of Naseby

The battle of Naseby was fought on a June morning in the year 1645. It so happened that Naseby was the nearest village though, apart from that, it had no connection with the actual battle. However, the good people of Naseby could hardly be unaware that, only a mile away, upwards of 20.000 men were locked in combat, each one of them with the serious intention of killing somebody. It must have been a noisy affair and the villagers were probably praying fervently that the action did not drift in their direction. Fortunately for them it didn’t.

In fact the place most often mentioned in all accounts of the battle is Market Harborough 5 miles away. The King’s army billeted themselves in the town for the night before the battle… considering the size of Harborough then, it must have been a logistical nightmare … whilst the cavalry, being more mobile, were quartered in the surrounding villages.

The King stayed with Mr Collins at Lubenham Old Hall. You can still see the Old Hall about 300 yards away on the left as you go out along the A4304; and if you take the first turn as you enter the village, you will pass within a few yards of it. Actually, what you see now is the is only one wing of a much larger house, the remainder having been demolished in the 1770’s.

The king knew Mr Collins well, having stayed with him on several occasions. However, he was not to have much sleep that night. Some Royalist scouts leisurely playing quoits at the inn at Naseby, were surprised by the advance guard of the Parliamentary army. This was, apparently, the first indication that the parliamentary forces were anywhere within range and the news brought the King galloping back into Harborough for a council of war at the King’s Head Inn. The King’s Head, in those days, was a few yards south of where it is now on the corner of King’s Road and what is now Church Street.

There was a very heated discussion as to whether they should give battle or delay until reinforcements would arrive. The King, with a long history of making wrong decisions, opted to fight. So, at first light, the army found itself marching out over Farndon Ridge past Clipston and then forming up on Dust Hill, just beyond Sibbertoft. And there, facing it accross the valley on Naseby Ridge was the Parliamentary army under General Fairfax.

When fighting began, the Royalists, although much outnumbered, more than held their own until Cromwell, having won his part of the battle, swung his cavalry round and attacked the Royalist infantry from the rear. From then on it was a battle lost. For many miles to the north scattered remnants of the Royalist army fled before the vengeful victors. This was before the countryside was enclosed by hedges and fences and there were few places where fugitives could hide. Slaughterford near Marsten Trussell and Bloodyman’s ford on the Farndon road were indicative and emotive names. Most villages and towns, including Harborough, welcomed or, more likely, failed to welcome to welcome desperate survivors. As Mr Collins, in his small haven, watched them go by it may have occurred to him that he would never see his friend, King Charles, again.

Of the survivors many were locked up in Harborough Church. This had become common practice in the Middle Ages, the church being generally the largest and most secure building in any town. No doubt it was assumed that even prisoners, being in those days God-fearing men, would not damage the fittings. In any case, the once-confident army was probably too dispirited to damage anything and the following day over 4,000 of them were marched down to Northampton on their way to London.

Prior to that… in fact within a few hours of the battle… Oliver Cromwell took up his pen in Market Harborough (he spelled it “Haverbrowe” ) and wrote his famous report on the victory. Though he did not know it at the time the day’s events had provided him with his first significant step on the road to power.

And, soon afterwards, the much abused citizens of Market Harborough would be able to start clearing up. Most likely it took them quite a while.